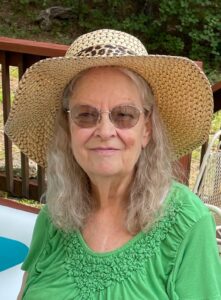 Judy graduated from Denison High School in Denison, Texas in 1968. She worked as a respiratory therapist at Baylor Hospital in Dallas, Texas. She later moved to El Dorado, Arkansas and became a Licensed Practical Nurse and worked in the nursery at Union Memorial Hospital for many years. She loved caring for those babies and preemies and often wanted to bring some of them home with her. Judy was an avid animal lover and always had one or several cats and dogs and even a pot-bellied pig once. Her beloved cat, Lucy, was a rescue and was her faithful companion until Lucy’s death a few years ago.

Special Thanks to Dr. Jasmine Brathwaite, her PACE doctor who was so very compassionate and attentive.