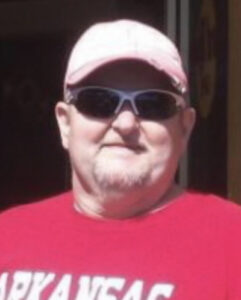 Growing up, Rick helped on the farm, played baseball, enjoyed singing, and hanging with friends and family. He graduated from Van Meter High School in 1976. He worked various jobs as a mechanic, tow truck driver, and a factory job.

In 1979, he married his former wife. From that marriage they had three children, Gale, Robert, and Matthew. When Rick wasn’t working, he and his family would hang with friends and family having fun. He did enjoy working on cars, woodworking, and riding motorcycles.

Rick is preceded in death by his mother, Lillian Green; grandparents; and other relatives; his father, Robert Green passed away just 10 days after Rick.

He is survived by his daughter, Gayle Green of Winterset, Iowa; sons, Robert (Vicky) Green of Booneville and Matthew (Phuong) Green of San Francisco, CA; grandchildren, Joel and Jaidin; and several relatives and friends.

A memorial service will be held at 10:00 a.m., Friday, December 2, 2022 at the Living Love Church of the Nazarene in Winterset, Iowa. Family will gather from 8:00 to 9:00 a.m. and will receive friends from 9:00 to 10:00 a.m. Burial will be in the Harper Cemetery, Redfield, Iowa. Memorial contributions may be directed to the family for a future designation.