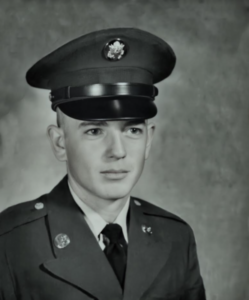 Wallis (Wally) Engram Moss, 71 of Roland, Arkansas, died November 19, 2022, in Little Rock. He was born August 7, 1951, to Shirley Whitfield Moss and Hugh Engram Moss of Roland. Wallis served in the United States Army from 1968-1970. He was also a retired construction worker of 40 years. He is survived by two children, Tammy Michelle Moss Walker (Joe) of Morrilton, Arkansas, and Taylor Engram Moss of Hot Springs Village, Arkansas, one granddaughter, Meagan Roberts (Brian), and a great-granddaughter, Emilia Roberts. His living siblings include Jeannie Moss of Mabelvale, AR, Timothy Pedigo of Des Arc, and Jeffery Pedigo (Dixie) of Roland. He is preceded in death by his father, Hugh Engram Moss (1968), his mother, Shirley Whitfield Lambros (2020), and brother Freddy Joe Moss (2005).

Wally loved to fish and work with his hands, and he loved the outdoors, often going to the Buffalo River to float it and face the challenges of navigating the waterways safely. He did wood carving and built birdhouses. He loved to hear stories and tell stories of his many life experiences. He had a keen interest in astronomy, and often watched shows on TV that explored space and the vast universe. He liked to talk about how fascinating it all was. He noticed the details of everyday life that so many of us miss–the type of flowers in someone’s front yard he passed while driving, a new house being built, hardly visible from a street view, the color and make of a car that quickly passed. He was an inventor at heart, and spent hours thinking about how to make things work. Wally went into the military when he was 16, but as an adult, he went back to school, and received his GED. He gained certification as a Tool and Die Technician to add to his many other talents. He knew a lot about a lot of things, and could come up with a solution to any problem we faced. He will be greatly missed by many.

A memorial service will be at Kennerly Cemetery in Roland, Arkansas, in a few months when the monument is set.