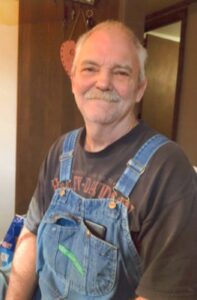 Chris Alan Fletcher, born Nov.11, 1965, 57 years old, of Roland Arkansas passed away on December 5, 2022. He was surrounded by his family when he left this life here on earth to enter his forever home in Heaven. Waiting there to meet him was his father-Buddy Fletcher, his mother-Barbara Fletcher, his brother-Mitch Fletcher, his nephew-Billy Fletcher Jr., his mother-in-law Carlene Lunsford Glenn, and a great host of other family members.

He leaves behind the love of his life Richelle Lunsford Fletcher. Chris and Richelle set a great example of what a marriage stood for. They were married on Nov, 21, 1984, and just finished celebrating their 38th wedding anniversary. Each year they spent with each other will be the treasured memories Richelle will have in her heart forever.

Also, he left his loving daughter Ashley Benson Fletcher, son-in-law- Joseph Benson, grandson-JoJo Benson. Ashley was an only child and grew up having a very strong bond with both her dad, and her mom. Even in times when work took them away, talking to mom and dad was one of the top things of Ashley’s everyday life. Ashley and Joe ended up building their home within walking distance of her mom and dad’s house. This was a wonderful thing, because they gave them their grandson JoJo, on August 11, 2014. JoJo and his Papa became best buddies, if you drove up in their yard you would most always see JoJo hanging out with his Papa.

Chris also leaves behind a host of family members that will forever be keeping a part of him in their heart. Listed is his sibling-brothers-Billy Fletcher (Brenda), Michael Fletcher (Sandra), Chuck Fletcher (Georgia), sister-Angela Riepe (Joe) sister-in-law Robin Fletcher, Brother in law – Brad Lunsford (Tonya) and many aunts, uncles, nieces and nephews.

Everyone that knew Chris knew if you had a vehicle that needed to be fixed, he was the mechanic to take it too. Not only vehicles but many other things would show up with people asking Chris if he could help them with it, and most always he could get it done for you. Chris loved hanging out in his shop by his wood stove. He was always in good company because dogs Bear and Biggie would be out there with him. It was nothing to walk in and see one of them sitting in his lap. Chris had friends that would stop and visit, they would know not to even bother knocking on the door to the house, you just went to his shop. You would also find Papa’s boy JoJo sitting out there with him too.

A celebration of his life will be held on Sunday, December 11, 2022. It will be held at the Roland Community Center. Family will be there at noon and at 1:00 p.m. Bro. Billy Kelley will be giving a memorial tribute. We also invite any family member or friends of Chris to share a story with us at this time; it would bring comfort to us hearing these during our time of telling him goodbye.

In lieu of flowers, the family would like to ask you instead to donate to his wife Richelle. She has been left with bills to pay and all proceeds would help her out.