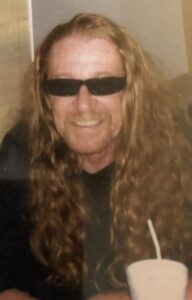 He was preceded in death by Sandra Miller (Pearson) Parents Jim and Helen Pearson and brother Pat Pearson.

Jim was a master of music and a huge fan of NASCAR. He was a loving brother, a caring parent, and a special paw-paw to his many grandkids. His door was open to all as he had many
close friendships he developed over the years.

A memorial service will be announced at a later date.