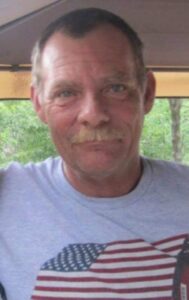 Gary Dewayne Davis, age 62, of Alexander, Arkansas passed away on December 27, 2022. He was born in Dumas, Arkansas on July 21, 1960, to Burl Davis Sr. and Icelle Fern James-Davis. He was preceded in death by both of his parents and his sisters Shirley and Sheila. He is survived by his wife, Mary Pennington Davis, his brothers Burl Jr. and Larry, his sister Sharron, his children Chasidy, Timothy, Kimberley, and Lorrie, numerous grandchildren and great-grandchildren, and a host of nieces and nephews.

Gary proudly served in the US Army as a Combat Engineer from 1982 to 1985, where he earned several awards and trophies in marksmanship competitions on the All-Army Riffle team. He spent 30+ years as a dedicated truck driver. He loved to spend his time outdoors hunting and fishing, especially with those he called family teaching a love and respect for nature.

Gary was never materialist or flashy but had a deep sentimental nature. His favorite gifts to receive were just time and conversations spent with those he loved. The way he always gave of himself, whether it was a quick laugh or an open ear, made him an easy man to love in return. He will be deeply missed by all that knew him.

Gary’s family will hold a visitation service at A Natural State Funeral Service in Jacksonville, Arkansas on January 9, 2023, at 6-8pm to celebrate his life. His funeral services will begin on January 10, 2023, at 10:30am at the same location and he will be laid to rest at the Arkansas State Veterans Cemetery.