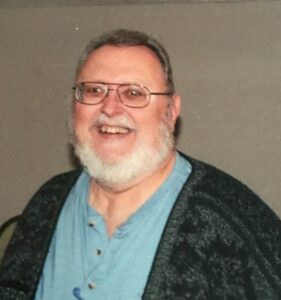 He is survived by his three Children; Niel Smith Hernandez of Auburn, WA,

Callie Smith Heiser and Quinn Smith both of Clifton, TX.

Throughout his life, he grew up in San Antonio, TX, then served in the US Army, after that time, he went on to own a small newspaper in Throckmorton, TX.

He then established a printing business In Waco, TX for several years.

After, he traveled to Israel and settled there for about four years.

Returning home to Cabot, AR, he helped in taking care of his Mother, who was in bad health at that time, all the while he wrote a blog on the internet called,

He That Has An Ear….

Harold was laid to rest at the Arkansas State Veterans Cemetery in North Little Rock, AR on Thursday, December 22, 2022.