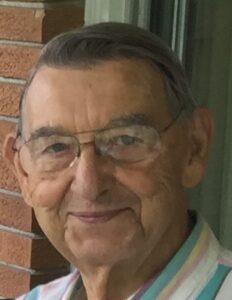 James Leslie Johnston, age 86, of Madison, Wisconsin went to be with the Lord on November 18, 2022. He was born in Washington DC on March 5, 1936 to the late Harry Lester Johnston and Loretta May Prue Johnston.

James graduated from Fairfax High School in Fairfax, Virginia in 1954. He served as an Airman Second Class in the United States Air Force Reserves and was honorably discharged on April 2, 1965. He graduated with a Master’s Degree in Psychology from the University of Wisconsin in Madison. He taught psychology at the Madison Area Technical College for over 30 years. He was very active in the DeForest Area Community and Senior Center.

James is preceded in death by his parents and his brothers Harry Lester Johnston II, Donald Arthur Johnston, and John Wallace Johnston.

Memorials can be made to the Salvation Army in memory of James.