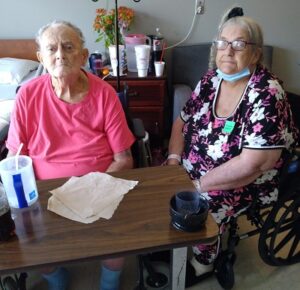 Martin Herman Dyer JR, 79, of Jacksonville, Arkansas passed away on December 24, 2022. He was born in Rockford, Illinois on February 25, 1943, to the late Martin H. Dyer and Eva Rodgers-Dyer.

He is preceded in death by his parents, his siblings Eugene Dyer, Joanne Jackson, Eva Castillo, Marsha Dyer,  Martin Dyer JR; and his daughter Brenda Dyer.

The Family would like to thank Baptist Hospice and his granddaughter Blanca Grant for the love and care that they showed Martin each and every day.

Martin worked 30 years for the Gunite Factory in Rockford as a machinist. He loved his tractors and He was an awesome role model for all his grandchildren. His greatest joy was spending time with his family and friends. He will be missed by all that knew him.