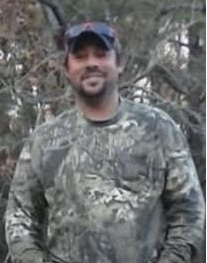 On December 7, 2022, forty-two-year-old Roy Edward Tucker, from Cabot, AR 72023; passed away due to a rapidly spreading cancerous mass which was collapsing his right lung and blocking all oxygen. Roy was born in Columbus, Texas on January 26, 1980. Roy is preceded in death by his mother, Ruth Ann Tucker of Cabot, AR, both sets of paternal and maternal grand-parents, and a host of aunts and uncles.

Roy spent his life working and any extra free time he had, he loved spending it outdoors with his kids whether it was yardwork, camping, swimming, riding four wheelers, or just enjoying having a family bar-b-que in the back yard. He was always full of life and he never sat still for very long. He will be greatly missed by all.