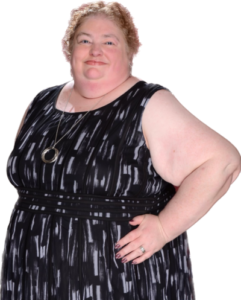 Shawna Marie Scott Cremeens of Cabot, Arkansas passed away Tuesday, December 27, 2022 at St. Vincent North Hospital due to complications secondary to severe asthma and diabetes. She was born August 5, 1979 at Carle Hospital in Urbana, Illinois to parents Doris and John C. Scott.

Shawna met the love of her life, Ben in 2004 and they married on December 8, 2006 in a chapel in the Great Smoky Mountains.

Shawna was a graduate of Centennial High School in Champaign, Illinois. She graduated from Patricia Stevens College in Travel and Tourism in 1999. There, she perfected her amazing customer service skills. She was a Past Honor Queen of Bethel #104, International Job’s Daughters, and Past Worthy Advisor of Champaign Assembly #21, International Order of Rainbow for Girls.  She is a  member of the Order of the Eastern Star, Victoria Chapter #14 in Jefferson City, Missouri, and Hope Chapter #104 in Urbana, Illinois.

Shawna was employed by Wolfram Research in Champaign, Illinois as Corporate Travel Coordinator, Carle Hospital in Urbana, Illinois as Executive Education Assistant, and Engage Point in Jefferson City, Missouri as Project Management Analyst. She recently fulfilled her dream by launching her own travel agency, “Oh! The Places We Go Travel”.

Shawna’s friends described her as a “Ray of Sunshine”. She was the most compassionate, friendliest, and outgoing person you could meet. She loved to stop strangers and give them a compliment. The highlight of her day was to walk in the door and be greeted by her pups all in a frenzy to be the first one there.

She is survived by her husband Benjamin A. Cremeens, parents Doris and John Lawyer of Champaign, Illinois; father John C. Scott of Champaign, Illinois; sister Crystal Bailey and nephews Trevor and Gavin Bailey all of Mahomet, Illinois; and her uncle Keith Cravens of Buffalo, Illinois. She is also survived by Ben’s side of the family: father and mother-in-law Chuck and Janet Cremeens of Equality, Illinois; sister-in-law Sarah Martin (Sean) and nieces Elizabeth and Anna of Junction, Illinois; sister-in-law Megan (Mike) Gholson and nephew Charlie of Harrisburg, Illinois; and brother-in-law Matthew Cremeens of Equality, Illinois. She also leaves behind two best friends Emily Kizer of Rantoul, IL and Lisa Elliott of Cabot, Arkansas and her beloved four-legged children Star, Chief, Luna, and Rosie.

A Celebration of Life will be held January 7, 2022 at Morgan Memorial Home, 1304 Regency Drive, Savoy, Illinois. The family will greet friends and family from 9:00-10:30 am. An Eastern Star Funeral Ceremony will start at 10:50am. In celebration of Shawna’s love of bright colors and prints, please feel free to wear bright and joyful colors to celebrate her.

In lieu of flowers, donations may be made in her memory to Arkansas Children’s Foundation Asthma Research Fund at archildrens.org or P.O. Box 2222, Little Rock, Arkansas, 72203 or to the Cabot Animal Shelter, 2951 South First Street, Cabot, Arkansas, 72023.