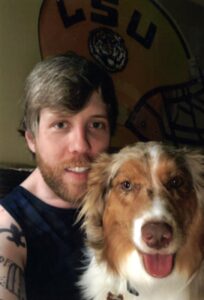 Austin Lynn Harris, 33, of Sherwood, AR earned his wings to heaven on January 15, 2023. Austin passed peacefully at home surrounded by his family. Austin graduated Cabot High Class of 2008. He attended ASU Jonesboro, AR and was a member of the Sigma Pi Fraternity.

Austin is preceded in death by his grandparents Gladys and Cotton Ives of Ulm, AR and E. G. Neiswander of Wynne, AR, and Aunt Brenda Joyce King of Clarendon, AR.

A celebration of life will be held on Saturday, February 4, 2023 at 2:00pm with visitation one hour prior at A Natural State Funeral Service in Jacksonville, Arkansas.

Memorials can be made to UAMS Oncology Department or American Brain Tumor Association.