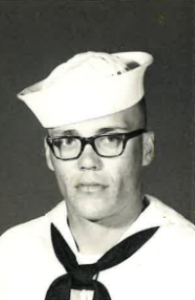 Earl was a devout Christian, an Eagle Scout, a graduate of Alma High School, and a loyal Razorback fan. He served in the Air National Guard where he was trained in photo intelligence and the US Navy where he used those skills. He was a Vietnam Veteran having served on the USS America (CVA/CV-66).

A Celebration of Life will be held on Saturday, January 14, 2023 at 11:00am at Salem United Methodist Church; 1018 Salem Road, Conway, Arkansas 72034. A Graveside Service will be held at a later date at the Arkansas State Veterans Cemetery in North Little Rock, Arkansas.