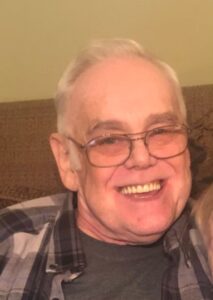 Garry was a very loving and giving person, especially to his grandchildren. He loved the Lord, and he attended the Church of Christ. The nurses and healthcare workers at Hospice Homecare really cared for him.

Garry is preceded in death by his wife Kathy Martin; parents Ralph and Lora Martin; and sisters Lora Roberts and Laquita Bowen.

In lieu of flowers, memorials can be made in Garry’s honor to Hospice Homecare.