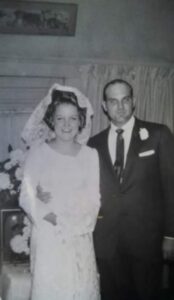 Herschel Case McDonald Jr., 81, went to his heavenly home on January 4, 2023.  He was born May 25, 1941, to Herschel Case Sr. & Maida Estelle (Harrison) McDonald in Bexar County, Texas. After graduating from Texas A&M University in 1962, Herschel enlisted in the Army where he proudly served in the U.S. Army, and after suffering an injury, he continued to serve in the Army Reserves.  Following his service, he was an agricultural engineer for the USDA for 30 years until his retirement.

Herschel was preceded in death by his parents and his beloved wife, Cora Edna Poe.  He is survived by his sons Scott (Kellie) McDonald and Herschel Case McDonald III, his daughter Kelli Cora McDonald, his grandsons Justin and Dillon, and his sister Marilyn Thornhill.