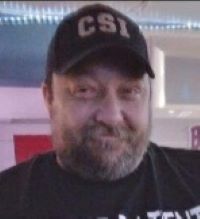 Jeff was raised in Arkansas by his mother, father, and Stepmother Sandy Cantrell. He spent several years traveling with the carnival where he made many life-long friends who, alongside his family, will forever cherish his memory.

Jeff recently moved back to Arkansas where he spent his final months making memories with his family and his beloved companions, Buddy and Foxy.

He is preceded in death by his mother and his father.

He is survived by his stepmother Sandy Cantrell; his three children Cheyenne Cantrell, Patricia Ortiz, and Cruz Ortiz; 3 brothers Jayme and Tracy Kirk of Heber Springs, Arkansas, Jonathan and Joann Cantrell of Pangburn, Arkansas, and Scott and Nina Welch of Waldron, Arkansas; along with countless extended family members and friends.