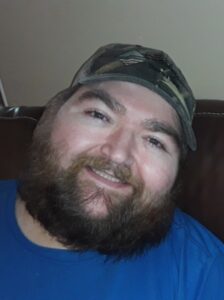 He is preceded in death by his father Danny Lex Eaker; brother William Billy Burlison and father-in-law Griff Caples.

Jeremy loved his family, and his family loved him. He cherished spending time outdoors fishing with his son Lex. He loved his cows and taking care of his animals around the farm. Jeremy enjoyed cruising with his wife Amanda and son Lex listening to music. Jeremy had a passion for cars and trucks. He was a kind man who had a heart of gold. He will be missed by all that knew him.

Arrangements are under the direction of A Natural State Funeral Service 2620 West Main Street, Jacksonville, Arkansas 72076. 501-982-3400. Jeremy’s Online guestbook is available at: www.anaturalstatefuneralservice.com