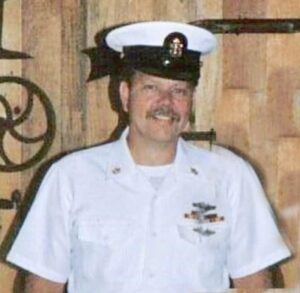 Michel spent most of his childhood in Southern California when his father Bill worked with Rockwell International in Anaheim.  After graduating from Whittier Christian High School, Michel joined the U.S. Navy in 1965, beginning what would become a distinguished 21-year career with the nuclear submarine force.

Throughout his life Michel was a gifted craftsman, having restored many classic cars as a weekend “shade tree mechanic” as well as becoming a very talented woodworker, typically furnishing his family’s home with beautiful hand-made pieces wherever his duty station sent them.  Michel also had a lifelong passion for motorcycles, owning and maintaining a Harley-Davidson for most of his life that he and his wife Charlotte would take on several long road trips.

His last Navy tour of duty took Michel and his family back to Southern California, where he finished out his career in San Diego training the next generation of submariners.  After living for some time in Arizona near Charlotte’s family, the Bains moved to Arkansas to be near their daughter Tammy and her husband, whose family have lived in Marvell, AR for several generations.  A strong-willed father figure and mentor who maintained high standards in everything he did, while always leading by example, Michel will be loved and missed by all who knew him.