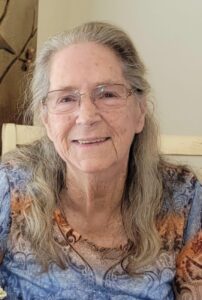 Nancy Bell Crane, age 82, of Cabot, Arkansas went to be with the Lord on Wednesday, January 11, 2023. She was born in Herbine, Arkansas on October 12, 1940 to the late Charles Buckley King and Vera Lois Clark King.

Nancy loved the Lord and her family. She was a devoted member of the Smyrna Full Gospel Church in Lonoke, Arkansas. She enjoyed fishing, deer hunting, and was an avid marksman. She loved to cook and was always known for her homemade biscuits and chocolate gravy. She also loved being outdoors, especially in a garden full of flowers.