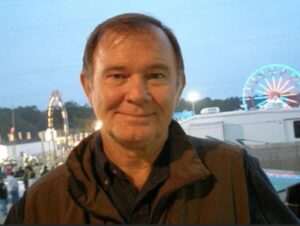 Steven Howard Beadle, 71, of Cabot, Arkansas passed away on January 11, 2023. He was born on February 16, 1951 to the late Therman Beadle and Elsie Pellman Beadle of Cabot.

Steven began a career in land surveying while he was still attending Jacksonville High School where he graduated in 1969. After high school, he continued his passion for surveying. On August 18, 1990, he married the love of his life, Sharon, who helped him run and grow his family business. They grew it into a thriving business which Steven passed on to his son who also became a surveyor. Steven loved his work and his clients. He served his clients throughout the State of Arkansas with dignity and integrity. Steven was a member of the Arkansas Society of Professional Surveyors and a Mason.

Steven battled cancer off and on since 2000. He was a fighter through it all and remained strong, positive, and hopeful. He was a good man; smart, patient, dignified, kind, playful, strong, dependable, loving, adventurous, down to earth, content, and loyal.

Above all, Steven loved his family more than anything in the world. He enjoyed hiking, camping with the kids, car races, Sunday dinners, kid’s baseball games, and fireworks on the hill. He loved movies and had an eclectic taste in music. You never knew what you would hear when you got into the car with him! He and Sharon loved traveling, especially cruises. He was always on the lookout for something beautiful. He loved seeing the flowers that he and Sharon planted in the yard that would come up in the spring.  Steven was so smart and could do anything, fix anything. He was surrounded by family, in the home he built with his own two hands, when he peacefully took his final breath. He lived and loved well. Steven will be loved and missed by all that knew him.

Graveside services will be on Friday January 20, 2023 at 3 PM at Mountain Springs Cemetery off Highway 5 in Cabot, Arkansas.