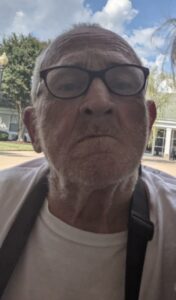 He is survived by a son, Billy (Yuliya) Gaines of McKinney, Texas; daughter Kim Jebb of Prairie Grove; six grandchildren and three great-grandchildren.

Bill grew up in Hot Spring County and is 1962 graduate of Poyen High School. His love of life and nature led him to study biology and botany at Henderson State University. After graduating college, Bill began a career with the Arkansas Game & Fish Commission where he was Chief of the Real Estate Division until the 1980s when he left to pursue other business ventures. Bill was a maverick who marched to the beat of his own drummer. Tenacity and perseverance were his definitive personal qualities. Elvis Presley’s version of “My Way” was his personal anthem. Bill will be missed by many friends and family.